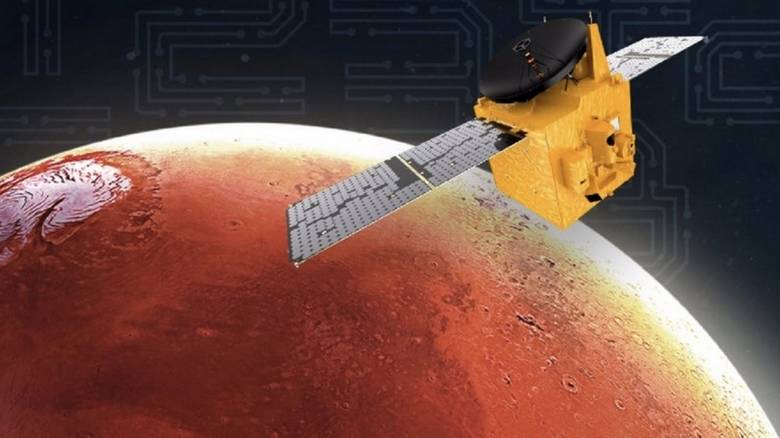 The launch has been postponed twice because of foul weather in Japan.

With inclement weather persisting over Tanegashima Island in Japan, the UAE’s Hope Probe to Mars will now lift off between July 20 and 22. Space officials, however, said that would still depend on the windy and rainy conditions dissipating over the launch site in the coming days. The revised launch timing will be announced later.

“Due to persistent thunderstorms, cumulative clouds and unstable weather conditions in the coming days on Tanegashima Island, it has been decided that July 20-July 22 would be the new launch days,” the UAE Space Agency and Mohammed Bin Rashid Space Centre said on Twitter. (Complete coverage of UAE’s mission to Mars)

The mission has been postponed three times following adverse weather conditions and officials hope to see clear skies next week for the launch to proceed without a hitch.

The plan was to launch on July 15 at 12.51am, which had to be postponed for 48 hours as wet conditions set in on over Tanegashima Island. The July 17 launch also did not happen as planned as storm clouds did not move away. The Emirates Mars Mission has a launch window that extends to August 3.

Weather plays a central role in ensuring a safe rocket launch. Japan has been reeling from heavy rains and flooding, mainly in the southwestern-most island of Kyushu.

Due to the “persistence of thunderstorms, cumulative clouds and unstable weather conditions in the coming days on Tanegashima Island,” which is the launch site for the missile that will carry the Hope probe, it has been decided that the launch of the mission will be between 20 and 22 July, 2020 depending on the improvement of the atmosphere, the UAE Space Agency and Mohammed Bin Rashid Space Centre announce on Twitter.

.@UAESpaceAgency and @MBRSpaceCentre announce the new launch date for the #UAE Mars Hope Probe is estimated to fall between July 20 and 22, depending on improved weather conditions. The launch time will be disclosed at a later time.