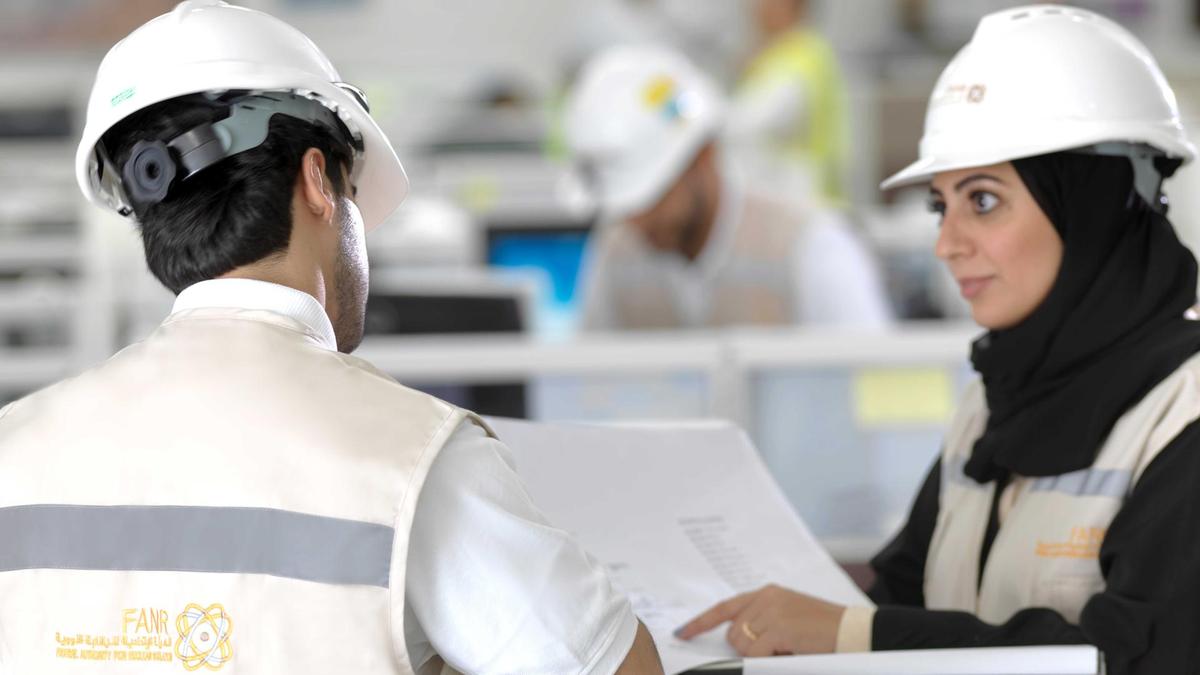 Construction of the nuclear plant has led to training and jobs for hundreds of Emirati engineers, technicians and other professionals. FANR

The UAE is a step closer to generating clean energy for decades with the completion of another unit at the Barakah nuclear power plant.

Construction of the second of four units has been finished and it has been handed over to its operator.

The next stage is to secure an operating licence from the UAE’s nuclear regulator and approval to begin loading and assembling nuclear fuel, before starting up the second reactor.

Engineers began loading nuclear fuel into the first reactor in March, which was regarded as a major milestone and the official start of operations.

“Today we are one step closer to securing a cleaner, brighter future for generations to come,” said Mohamed Al Hammadi, chief executive of the Emirates Nuclear Energy Corporation, the Nawah subsidiary of which operates the plant.

Although the plant is not yet providing power to the electricity grid, it is expected to in months.

“These achievements highlight the benefits of building four identical reactors simultaneously, as the lessons learned during the construction of Unit 1 have contributed to the successful development of Units 2, 3 and 4 of the Barakah plant,” Mr Al Hammadi said.

Barakah is the Arab world’s first nuclear energy plant and will eventually meet 25 per cent of the UAE’s energy needs.

At present, the country obtains almost all of its energy from gas-fired power plants, and some from solar fields.

Barakah’s construction has taken more than a decade and is the product of a long-term partnership with the Korea Electric Power Corporation, which is prime contractor and joint venture partner.

Hundreds of Emiratis have studied and trained in South Korea and with Kepco’s personnel in the UAE.

This year, officials said reactors 2, 3 and 4 were between 85 and 95 per cent complete.

Barakah, which is more than 200 kilometres west of Abu Dhabi city, is one of the largest new nuclear projects in the world, with four APR-1400 units under construction at the same time.

At maximum capacity, it will prevent the release of up to 21 million tonnes of carbon emissions annually from hydrocarbon power sources, equal to removing 3.2 million cars from the roads each year.